Case Study 2: Preservation and conservation of Choirokoitia, a Neolithic settlement

Originally discovered in 1936, the Neolithic site of Choirokoitia was awarded World Heritage Status in 1998 which places a number of obligations on the institutions responsible for the management of the site. These include planning and implementing the conservation, promotion and preservation of the site’s unique value for future generations. The Cyprus Institute started using 3D technologies in 2018 for the documentation of the site and for creating a virtual environment for visitors to explore as a means of achieving these aims. 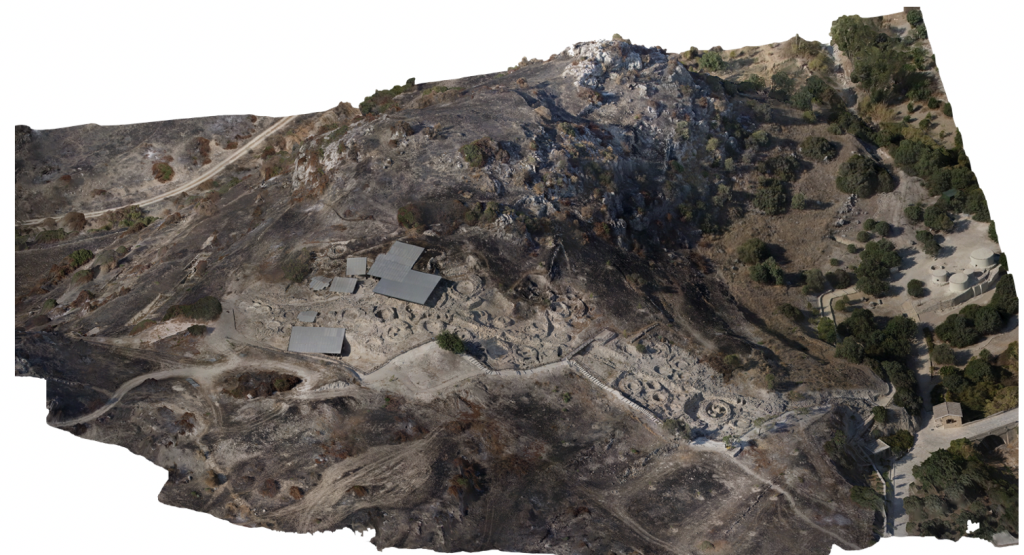 Aerial view of the Choirokoitia site

Situated within about 6 km of the actual coastline of the island, the village lies on the side of a hill partly surrounded by a meander of a river. It is an enclosed space, circled by an impressive enclosure wall the outline of which has been modified several times. The surface of the built-up area, at the time of its maximum extent, is estimated to be around three hectares.

The site was discovered and investigated between 1936 and 1946 by P. Dikaios (Cyprus Department of Antiquities) and for thirty-three years continuously  from 1976 to 2009 by the French Archaeological Mission at Khirokitia, directed by A. Le Brun (Centre National de la Recherche Scientifique – Ministry of Foreign Affairs).

In 1998, the site was awarded World Heritage status by UNESCO. The richness and the diversity of the architectural, cultural, environmental and anthropological data from the excavations allow for multiple approaches providing insight into an original and peculiar process of the expansion of Neolithic culture in the special context of an island.

This very large settlement has only been partly excavated. Therefore, it forms an exceptional archaeological reserve for future investigations. The World Heritage Convention, a legally binding intergovernmental agreement, requires the organisations responsible for managing sites such as Choirokoitia to fulfil a number of criteria. These include the integration of the protection of cultural and natural heritage into regional planning programmes, setting up staff and services at their sites, undertaking scientific and technical conservation research and adopting measures that give this heritage a function in community day-to-day life (e.g. tourism and education).

Planning for conservation and preservation

A first Management Plan for preserving the impressive architectural remains and promoting the site was carried out in 1994-1995 by the Cyprus Department of Antiquities, in collaboration with the French Archaeological Mission. It included, beside landscaping, the construction, beyond the limits of the archaeological site, of a life-size replica of constructions uncovered on the hill: a house that is several circular buildings organised around an open air courtyard, a portion of the late village enclosure wall and the entrance. This plan led to the inscription of the site on the World Heritage list in 1998.

A Master Plan was prepared in 2011 by the Cyprus Department of Antiquities, in collaboration with the French Archaeological Mission and the Cyprus Institute. It aims at the conservation, promotion and preservation of the site’s unique value for future generations, through the production of basic guidelines and policies for all the parties involved. The Plan embraces both physical characteristics of the site and its landscape, as well as its cultural and historical significance. Actions proposed, that have been carried out since 2012, include the improvement of visitor facilities at the site, the establishment of “Controlled Areas”, the development of an emergency evacuation plan and fire protection measures, landscaping of the site and the implementation of educational programs and activities.

Introducing the use of 3D technologies

Consequently, The Cyprus Institute has launched in 2018 an ambitious programme for the 3D documentation of the site and the creation of a virtual environment, in close collaboration with the French archaeological mission at the site. Following an extensive campaign of 3D documentation of the exposed architectural features of the site and one of the reconstructed house, using aerial and terrestrial photogrammetry and terrestrial laser scanning, a virtual environment was created, the user being able to visit the site in two distinct moments of the site’s life. It allows virtual visitors to walk around the site, enter reconstructed houses, explore ancient building techniques and investigate some of the ancient tools the inhabitants of the site used in their daily lives. 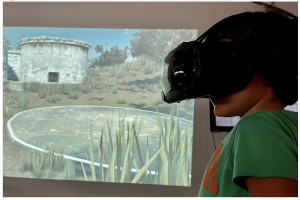 The VR Tour of Choirokoitia

The 3D model, along with the reconstructed habitations (building materials and techniques of construction) and the extensive archaeological data which includes information on the palaeo-environment of the site, animal and plant resources exploited by the inhabitants, are extremely useful for the conservation and preservation of the archaeological site, within its natural environment. Consequently, such information is essential in planning the correct “musealisation” of the site, considering the paths visitors should take in order to fully explore its extent, while at the same time, keeping to a minimum the risks related to such visits. Not only do the models provide a detailed visual record, they can also be used to make comparisons over time and hence used as a tool for monitoring the state of the complete site, enabling interventions to be made quickly when needed.

Investment in cultural heritage benefits everyone. Organizations responsible for management and conservation of sites meet their UNESCO obligations and improve the attractiveness of their cultural heritage, tourism has economic benefits for the local community and the ensuing income enables protection of assets whilst visitors can enjoy the latest technologies to explore reconstructions which also provide the means for recording and monitoring the sites. The role of 4CH will be to provide support and exchange knowledge through its national network about the latest technologies and how to use them, as well as best practices and for conservation and preservation of cultural heritage.